AI technology will be critical in the race to net zero

But that journey is no longer only about creating a sustainable, green future. World events have brought security of supply sharply into focus, placing new impetus on governments to accelerate alternative energy projects.

While moving at pace is critical for the planet, the old proverb of more haste, less speed – warning against making errors by acting quickly and without due diligence – should be weighing on the minds of developers.

Nicola Blanshard, CEO of Geoteric, a world-leading AI-driven seismic interpretation software provider, believes the balance of speed and success can be achieved through appropriate application of technology.

She explained: “The need for alternative energy sources beyond hydrocarbons is well understood, and a massive expansion of carbon storage and offshore wind projects will be required to meet the Paris Agreement targets. 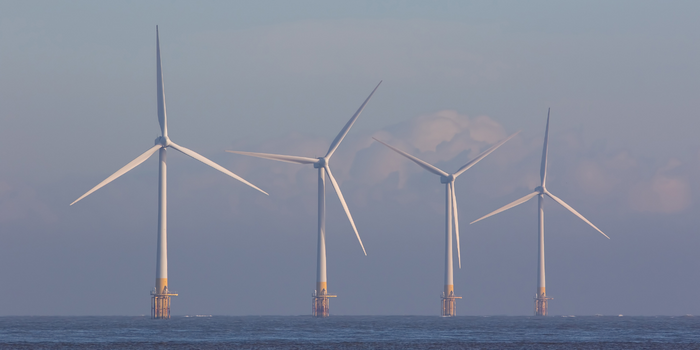 A massive expansion of carbon storage and offshore wind projects will be required to meet the Paris Agreement targets.

“For example, only 40 Mtpa of CO2 were captured globally in 2020, and this needs to increase to 7,600 Mtpa by 2050. Similarly, offshore wind capacity needs to expand to more than 50 times its current level.

“Substantial capital and resources have already been committed to the energy transition, but nowhere near the level needed. I think we will, however, see an acceleration of this from 2025.

“There is a clear need for rapid and substantial investment in renewable projects, but this urgency shouldn’t lead to uninformed decisions. Digital transformation enables developers to make evidence-based, business-critical decisions through the analysis of data.

“Geoteric is part of that digital transformation. AI seismic interpretation gives a greater understanding of the subsurface than was previously possible and it works hand in hand with geoscientists to deliver fast, accurate results. What previously took months or years can now be achieved in days or even a matter of hours.”

The drive towards renewables in recent years has seen Geoteric move into that sector. While most of the firm’s revenues continue to come from exploration and production in oil and gas, Geoteric has also worked on carbon storage, offshore wind and mineral mining projects since the start of the year. 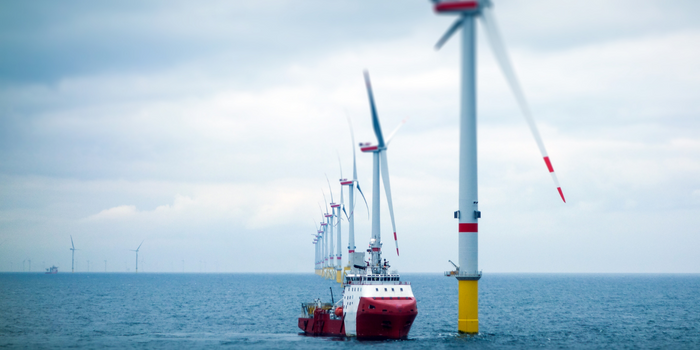 The drive towards renewables in recent years has seen Geoteric move into the offshore wind sector.

Nicola said: “We’ve seen a sharp rise in enquiries, globally, for non-oil and gas applications. This interest is the strongest in sectors making the greatest investment in seismic data, particularly those projects where results must be delivered quickly to inform investment decisions.

“To date, we see a greater number of projects for offshore wind and geothermal coming from companies in Europe, compared to mineral mining, where we have worked on data from Australia and Africa.”

With milestones such as the recent UK renewables subsidy auction – which resulted in contracts being awarded to projects capable of generating 11GW, almost double the capacity of previous rounds – and the launch of the Innovation and Targeted Oil and Gas (INTOG) leasing round for offshore wind projects that reduce emissions from hydrocarbon production, Geoteric believes it will see further diversification of its portfolio.

Nicola predicts that energy transition projects will be a driver of Geoteric’s growth, particularly on the back of The North Sea Transition Authority (NSTA) launching the UK’s inaugural carbon storage licensing round earlier this year. NSTA reported “unprecedented levels of interest” in 13 new areas of potential where CO2 could be stored in subsurface geological formations, with 26 bids being received by the deadline in mid-September.

According to the NSTA, the formations that are well understood in the UK from decades of oil and gas production, such as the Triassic Bunter Formation and Tertiary Forties Sandstone, are also likely to be ideal for the storage of carbon dioxide.

The licenses are considered essential in helping to decarbonise the nation’s industrial hubs. The new licenses are expected to be awarded early in 2023 and the first injection of CO2 expected before the end of the decade.

“I would like to hope that governments globally will introduce better regulation to ensure CCS projects are developed responsibly,” said Nicola. “The appraisal of whether a site is appropriate needs to be thorough, and continuous monitoring will be critical.

“EU directives already published support this by requiring monitoring to be based upon the best practice available, with specific focus on technologies looking at migration paths, to avoid any potential leakage.

“Quite simply, this type of monitoring will be very challenging, if not impossible if the industry relies on traditional seismic interpretation workflows. I believe we will see the NSTA lead the way by setting benchmarks of what it expects from operators of CCS sites.”

That element of responsibility is something that Blanshard feels industry will need to balance carefully in the years ahead. Operators, she said, cannot abandon climate change commitments even though the focus on energy security has generated a new appetite for oil and gas exploration and production.

She said: “Instead, companies will need to look at how they operate, and make changes to reduce the impact on the environment. Better use of technology can play a significant part in achieving ESG goals.

“Operators can reduce their carbon footprint by improved well planning, to get it right the first time. AI tools identify faults along potential well trajectories that, traditionally, would be considered below seismic resolution.  Avoiding such hazards reduces the number of lost wells, lowering the time, cost and associated CO2 emissions when developing a field.

“Likewise, it is more cost effective and better for the environment to fully leverage the information held within existing seismic data, than to reprocess it or commission a new survey.

“The energy sector is going through a transition, and so is seismic interpretation. Geoteric will support companies and geoscientists in that journey, through innovation, and by continuing to deliver pioneering, best in class solutions.”