The latest GeoTeric patch contains extensions to our recently released Validate module as well as enhancements to the rest of the application.

In the latest version you can also use an Arbitrary Line as an input for your model, allowing you to validate the data between your wells.

Create models based entirely on your well log data

Rock Properties can now be extracted automatically from any wells intersecting your model, and propagated based on the layer boundaries drawn in the model, so there’s no need to define rock properties for each region any more: 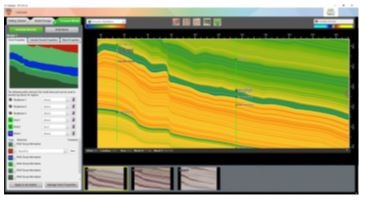 We have added wells in more windows:

Want to learn more?  Sign up for the On-Demand Webinar