Want to produce a top surface across numerous unconnected geobodies which have been created using the volumetric geobody option in GeoTeric?

In the below example we have interpreted the top of the lower package of geobodies to represent a discontinous surface e.g. a top sand. (marked by green dashed line in the image below) 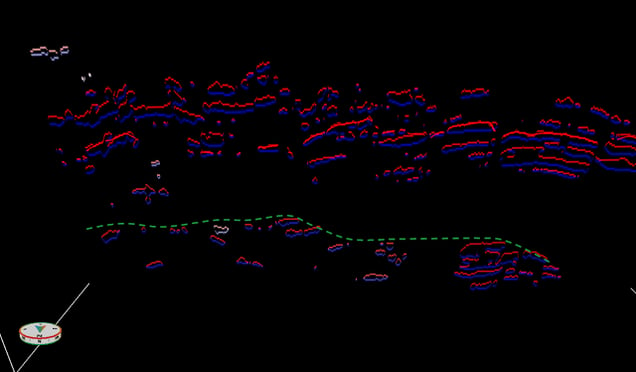 If we run the 'Geobody Surface' process from the batch processing window we are left with a volume indicating the top surface of the geobodies in question. (see below) 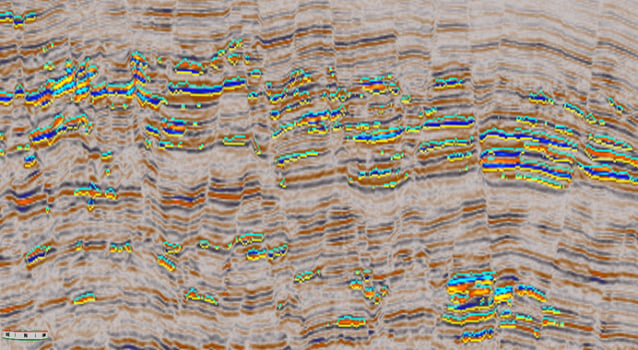 Using this volume as input to the Adaptive Horizon tool will allow you to easily extract each surface of each geobody as an individual horizon surface, resulting in a single but discontinuous surface of the bodies in your area of interest 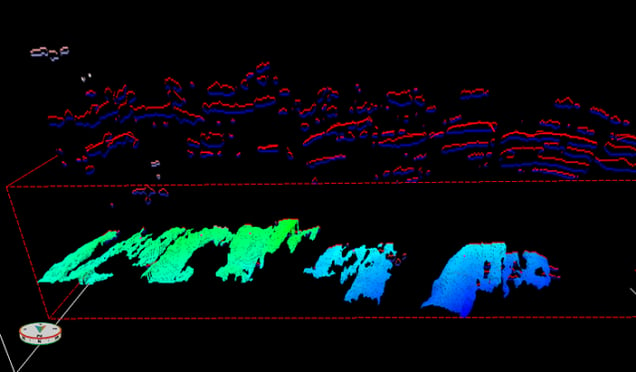