GeoTeric's Adaptive Fault workflow has been developed to produce rapid and accurate fault interpretations. This workflow makes use of GeoTeric's Noise Expression to produce the cleanest possible input data, Fault Expression to capture all fault information in one blend, and Adaptive Faults to provide the most intuitive fault interpretation experience. One tool that can add extra value at the end of this workflow is the Interactive Fault Slicing, which allows rapid comparison of responses across a fault plane.

Figure 1: Fault Interpretation set up with a slice consisting of a CMY Blend, and ILN and XLN slices consisting of Conditioned seismic data. 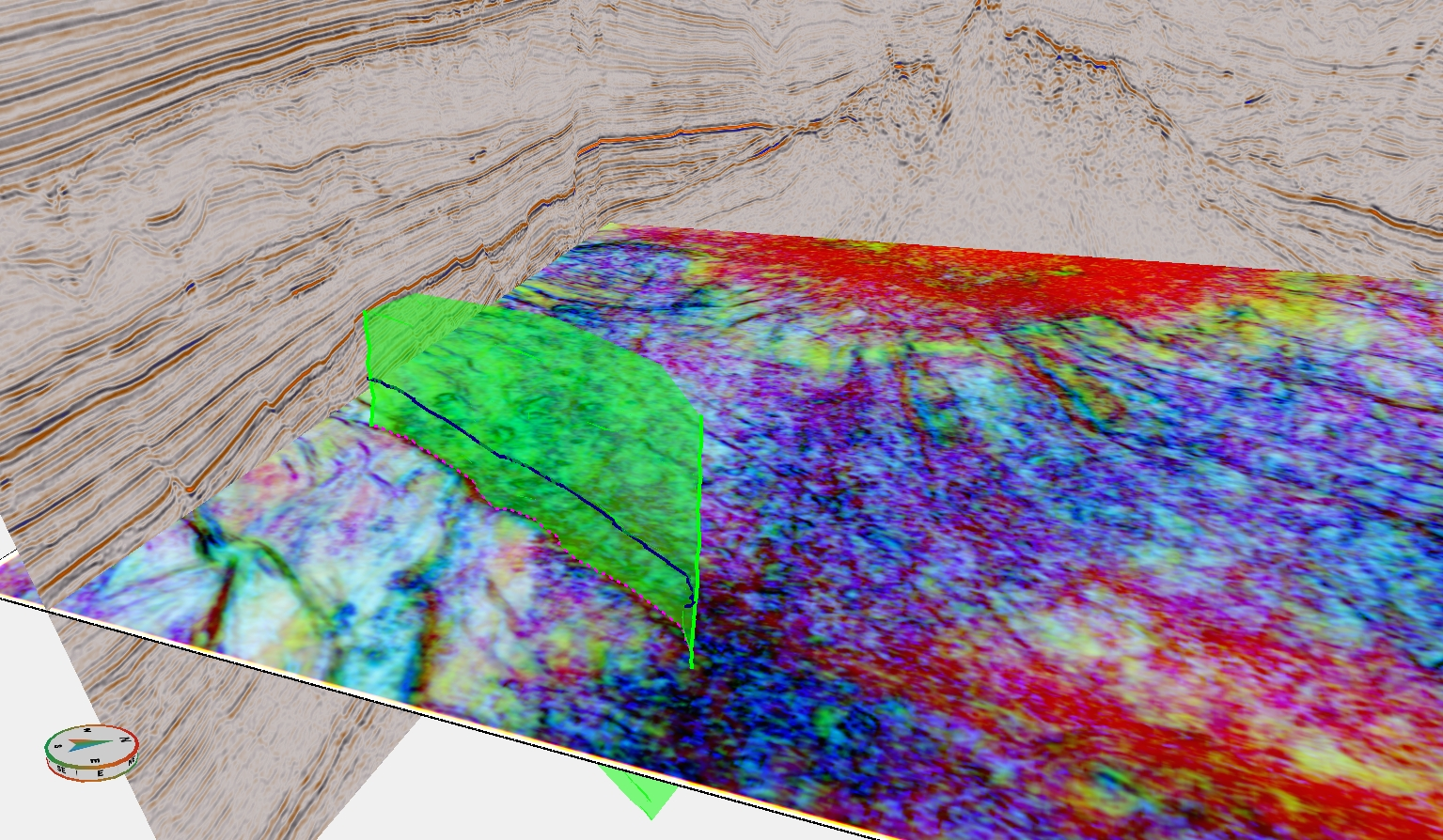 Figure 2: This fault was interpreted with only 3 sticks, one on the slice and 2 on the ILN slice. The data following ability of the Fault Plane, increases the accuracies with fewer fault sticks.

Once we have enabled the Fault Slicing, the Fault Surface can be moved in 3D (lateral and vertical movement) or 2D along the XY plane (does not move vertically). We can move the plane by either typing in the boxes, or dragging the green arrow. Finally, we can duplicate the fault, using the 'Save as New Fault' button to compare the responses on the original fault surface to the moved fault surface. 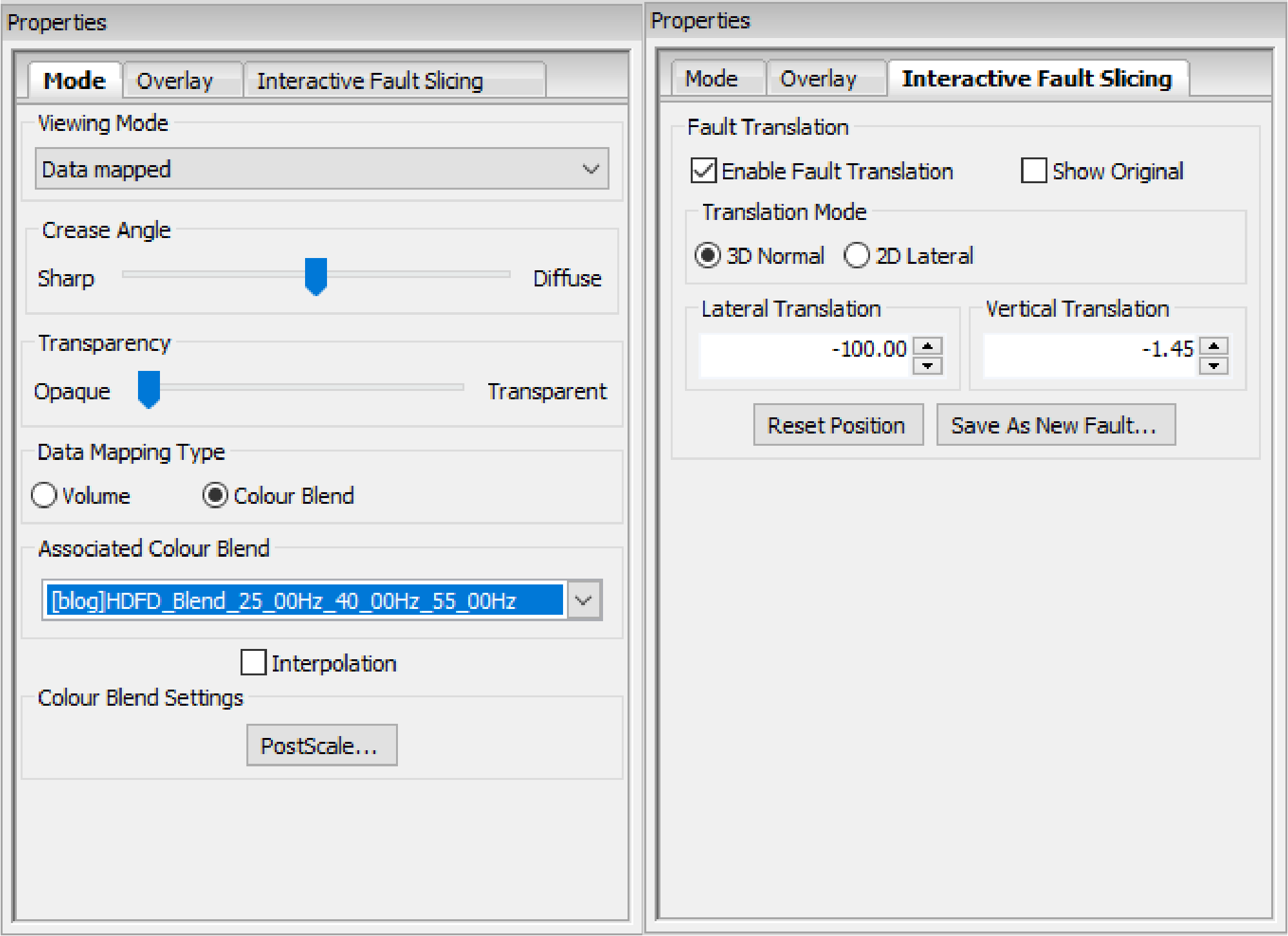 The Fault Slicing tool can be used to effectively compare the response across the fault plane, Figure 4. This can be used with the High Definition Frequency Decomposition to compare subtle changes in the frequency and amplitude characterstics, the CMY to compare changes in continuity, or to collect the information required to build Allan diagrams.

Figure 4: Fault Surface with the RGB Blend displayed, and the arrow to move the slice, left. On the right the fault slice is moved to compare the RGB response on the other side of the fault.