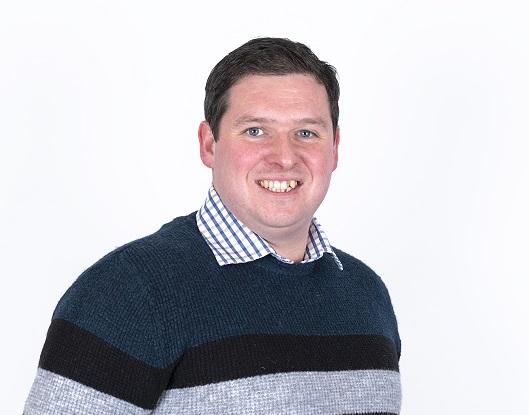 The Adaptive Faults are data following fault sticks, which snap to discontinuities in reflectivity data, attributes or CMY Blends.  With just 2 clicks of the mouse you can have an accurate fault stick.   The Graph Theory looks at how similar the attribute, or break in the seismic data is from the background and determines the best route from first click to where the cursor is located.

To start interpreting the faults, click on the Interpret module (figure 1) or right click in the 3D scene and select Adaptive Faults.  Either option will bring up the main Interpretation menu in the 3D scene.

, or simply press A on the keyboard.

There are several ways to view your interpreted Adaptive Faults. You are able to control how to view the fault planes and fault sticks from the properties menu for each Fault Set.  Figure 4 illustrates the various viewing capabilities.

Once your Adaptive Fault sticks are interpreted, you can create a static surface of the fault, or export the sticks to Petrel or DecisionSpace across the GeoTeric links.  In the coming months the Adaptive Horizons and the Adaptive Faults will recognize each other and a water tight framework can be created within GeoTeric as the next step in the geologic modelling.